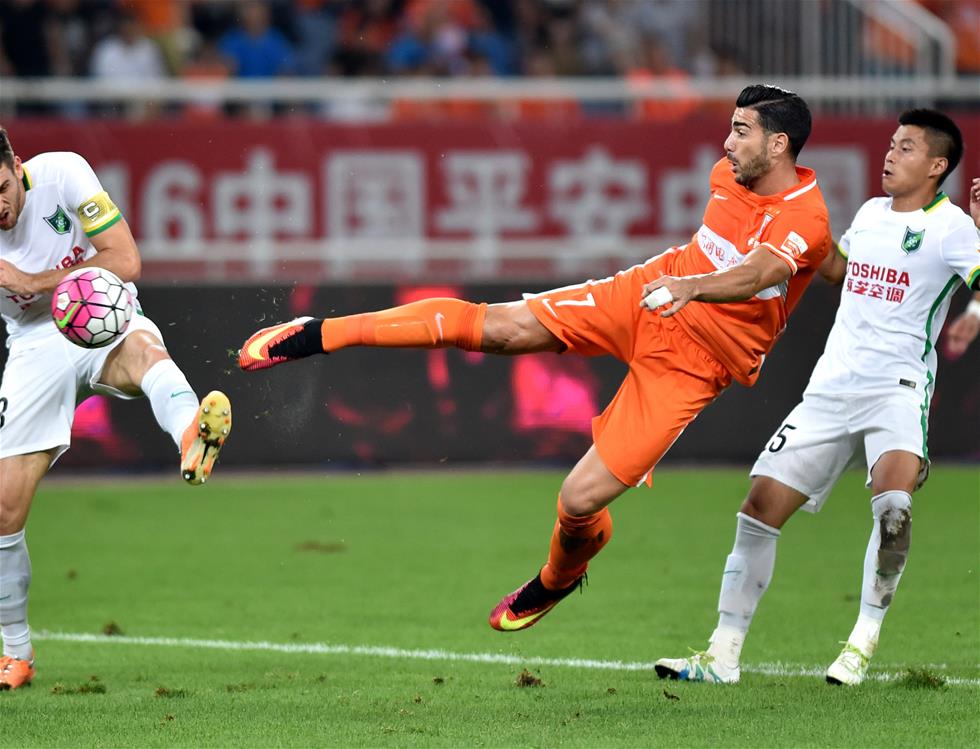 Sky Sports have agreed a deal with the Chinese Super League to broadcast live matches on British television. The deal agreed is 3 years  and will begin with immediate effect. Sky’s first broadcasted game will be this Saturday as Shanghai Shenhua host Jiangsu Suning.

The rise of Chinese football within the last 18 months has been astounding, with huge money splashed by mega rich owners. The popularity of the league looks set to further increase with this new deal, and could help path the way for me elite footballers to switch to China. There are no shortage of recognizable faces already in China. The likes of Graziano Pelle, Obafemi Martins, Ramires, Paulinho, Demba Ba, Alex Teixeira, Hulk and Gervinho to name a few.

In total over £208 million was spent by Chinese Super League teams in the last transfer window. Compare this to the £127 million spent in the Premier League and you can see the shift in power that could be taking place. It was only a matter a weeks ago that Gonzalo Higuain supposedly turned down £800,000 a week to switch to China. Make no mistake, the Chinese Super League looks set to become a major football force within the next decade. The money is there and is already being spent, blowing a lot of European clubs out of the water. Players such as Hulk are earning £340,000 a week to play there football, European clubs would never dream of spending that amount of money for his services.

The competition that began in March is made up of 16 teams. Guangzhou Evergrande look set to claim their 6th successive league title with a 7 point gap at the top of the table, as well as having a game in hand over their nearest rivals. Evergrande are currently managed by World Cup winning manager Luiz Felipe Scolari. Former Guangzhou managers include Fabio Cannavaro and Marcello Lippi. Players on their current books include South American stars Jackson Martinez, Paulinho and Alan Carvalho.